Epic Night at Surfer With Rob Machado and Kelly Slater

Monday night was abuzz at Surfer, the Bar with an awesome Talk Story with Inertia, Rob Machado, and Kelly Slater celebrating their premiere of HI-5: Rob Machado & Surfing’s Greatest Heat. It was Inertia’s 5th anniversary, as well as the 20th anniversary of the most iconic high five in surf history.

In 1995, the world title came down to Rob and Kelly. The swell was perfect, setting up barrel after barrel. Rob was in the best position to take priority over Kelly, and with a potentially heat-saving wave coming up; surely he would go for it. This would have been Rob’s first world title, but instead he carved back and slapped Kelly a high five, foregoing his priority. This unthinkable act ended up giving Kelly the Pipe Masters win along with his third world title.

Last night, on December 6, a veritable mix of who’s who in the surfing world came together at Turtle Bay Resort for the 45th annual Surfer Poll awards. Hosted by Hawaii’s own Sunny Garcia, the show—which serves as a chance for SURFER Magazine’s readers to vote for their favorite surfers—was a mix of laughs, the occasional awkward moment, and an homage to the surfers we’ve lost this year.

For the second year in a row, the North Shore’s own John Florence found himself in the top position. On the women’s side, Honolulu native and current world champion Carissa Moore took home the win.

The Triple Crown Gives Back to the North Shore 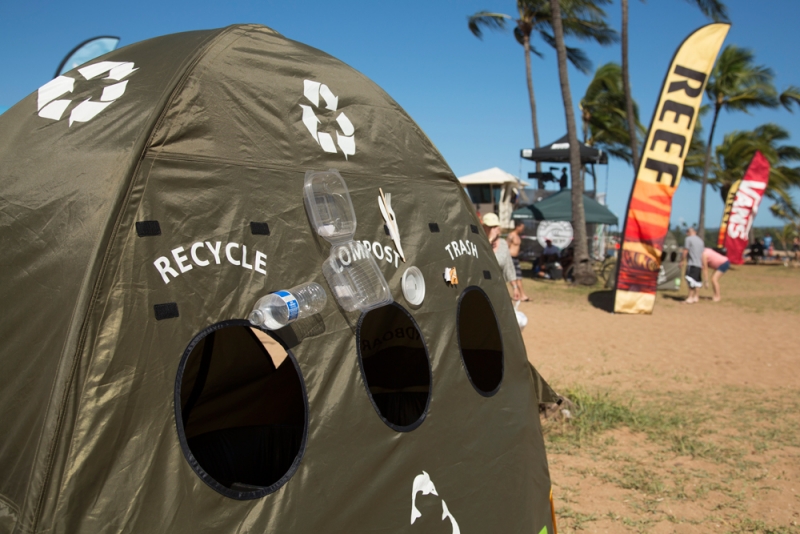