When you conjure up an image of Hawaii, you’re likely picturing something akin to this: a secluded beach, warm sunshine filling the tropical air, the sound of crashing waves lingering in the distance, yeah…all that good stuff. And while you’re sure to find that version of paradise and more here at Turtle Bay, in the event you’re looking for something a bit more sporty, we’ve got just the thing: polo. Yes, the original sport of kings – played with actual horses topped with actual men and women wielding actual mallets – is played just down the road in the quaint North Shore town of Mokuleia every Sunday during polo season.

Yes, you read that right: we have a thriving polo scene on the North Shore, complete with music, and a whole mess of good vibes. But forgot the notion of uptight aristocratic polo fans sippin’ on champagne. In classic Hawaiian form, the dress code at the Hawaiian Polo Club is as loose or as detailed as you’d like it to be and the people are as laidback and welcoming as they come. Whether you’re sporting wingtips or rubber slippers, you’ll be welcomed at the polo match. To boot, in addition to the thundering horses racing down the field, you’ll also be privy to some ear-poppin’ sounds as the polo games now come complete with live music and DJs. And while there are indeed clubhouse seating options, most people simply tailgate on the edge of the field. (If you’re looking for premium spots, it’s recommended that you arrive early.) 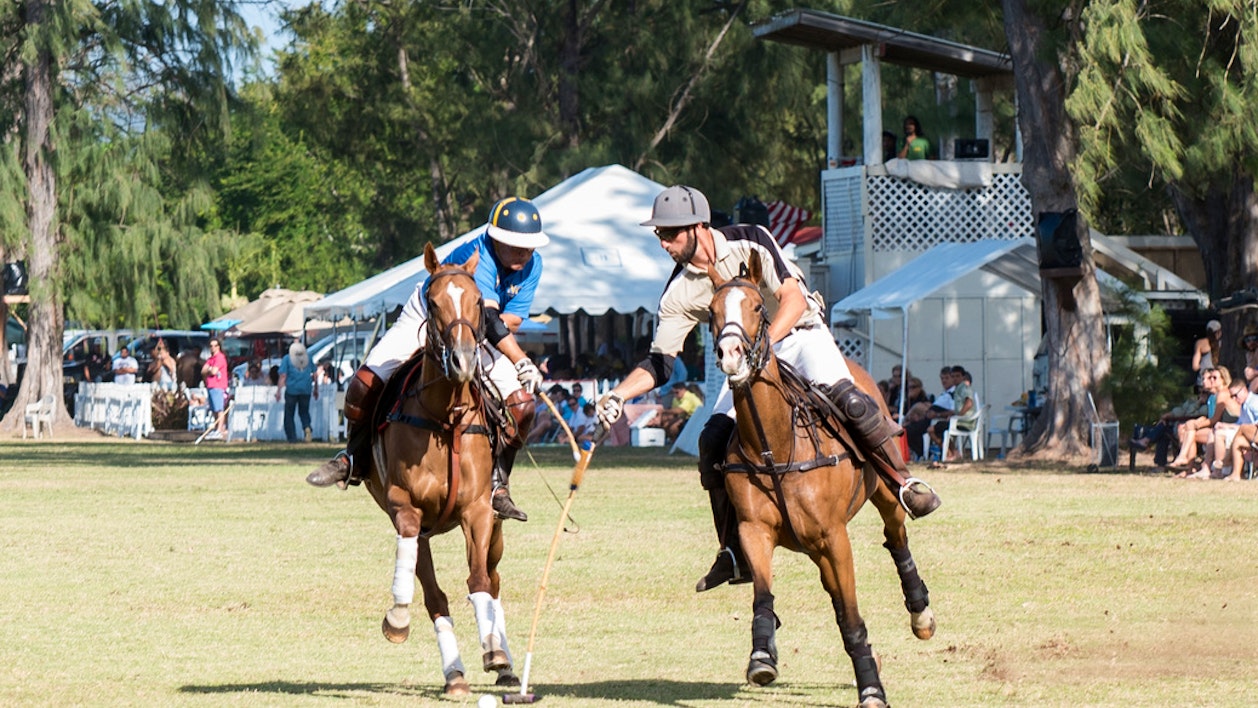 Hawaii’s history with polo runs deep. For more than 50 years, the Hawaii Polo Club has been hosting matches on the North Shore. But Hawaii’s ties to polo run even further back to the paniolo (Hawaiian cowboys) of the 19th century. A testament to Hawaii’s multicultural history, it’s thought that polo was actually introduced to the islands by an Australian cowboy visiting from India. When the Hawaii Polo Club was founded in 1963, the North Shore was a different place, but as the times and area has slowly developed, so has the club, which hosts local and international matches and has built a strong base of fans who have been coming to the matches for decades.

Today, matches are typically held on Sundays during polo season, which runs from April to early September. Gates open at 11 am, and the first game of the day begins at 1:30, followed by a feature match at 3:30 and the band hits the stage around 5 pm. Admission is $12.

If you’re looking for an afternoon that’s unlike anything else on the North Shore, head down to beautiful Mokuleia for the polo match. Between the music, lively, atmosphere and the drama of a polo, you’re in for a day you won’t soon forget.