How To Eat On The North Shore: Food Truck Edition

As you make your way through Kamehameha Highway and enter the verdant North Shore, you’ll undoubtedly see more than a few food trucks lining the side of the road. And while many of you may hold some reservations (no pun intended) about roadside dining, you can leave all that behind. Here on the North Shore, we’re privy to a delectable and thriving food truck scene. Whether you’re covered in sand, sweat, or simply looking for something unique and delicious, make sure you give one—heck, try them all—of these food trucks on Oahu's North Shore a taste.

Dat Cajun Guy
There’s a good reason Louisiana has become synonymous with fantastic food. Like music and architecture, eating is at the soul of the state. And lucky for us, there’s someone on the North Shore doing Louisiana fare in a legit way. Located in Haleiwa Town, Dat Cajun Guy is one of the most popular food trucks in the state. Not only can the cuisine here stand toe-to-toe with what they’re cooking up in the Big Easy, some say it’s even better. Whether it’s a shrimp or oyster po boy or the New Orleans bbq shrimp, or the jambalaya, you can’t go wrong at this Haleiwa food truck. His near-perfect Yelp rating serves as the proof.

For updates and hours, check their Facebook page here. 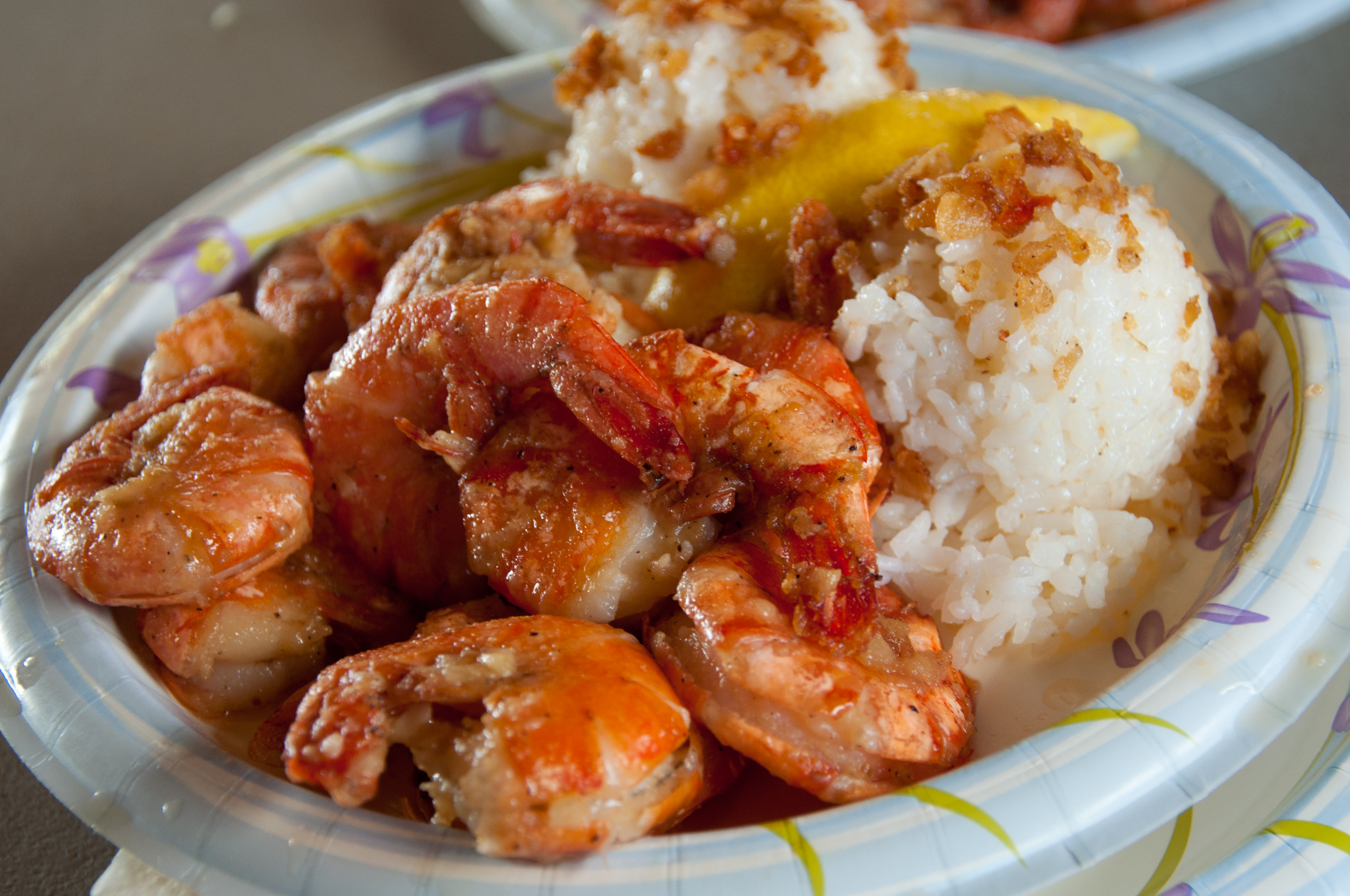 Giovanni’s Shrimp Truck
This North Shore shrimp truck is renowned for serving up some of the most delicious and fresh shrimp on the island. With trucks in Kahuku and Haleiwa, Giovanni’s—you’ll instantly recognize it by the graffiti sprawled across the truck—has become an institution in the Country. In the early '90s, operating out of a 1950s-era bread truck, Giovanni pulled up his original truck at various points of Kamehameha Highway, dishing up his own recipe for garlic shrimp to ravenous surfers, locals, and visitors. In 1996, they parked the truck in Kahuku, a small town located a few minutes from Turtle Bay Resort. A year later, they opened up their second truck in Haleiwa Town. If you’re wondering what the story is with the graffiti, when the truck first opened, a man named Ed Hernandez from El Paso, Texas scrawled his signature and hometown along the truck. A few days later, more signatures appeared from patrons. Now, nearly two decades on, you’ll be lucky to find a place to hold your initials.

Let’s get down to the meat of what makes Giovanni’s such a sacred shrimp truck. It’s the garlic shrimp. Specifically, the buttery, garlic-laden shrimp scampi that’s sautéed in white wine and served with a pair of scoops of fluffy white rice. If you’re feeling dangerous, you can add a few splashes of their hot sauce for a slight kick in the mouth.

Get the backstory on these tasty shrimp and learn more about Giovanni’s here.

Pupukea Grill  (PC: Swell.com)
If you’re looking for the perfect poke bowl, look no further than Pupukea Grill. Located directly across the street from Shark’s Cove, this food truck is a favorite among the locals and is quickly growing a following among visitors. While their aforementioned poke bowls are nothing short of divine (the spicy ahi specifically is out of this world) they also cook up delectable mix of locally-themed tacos, mouth-watering salads, flatbread wraps, shave ice, and other dishes you’ll be dreaming about when you get back home.

Come see what they’re cooking up and click here.