The Pipe Masters Crowns a Champ As the final event of the WSL’s 2016 schedule, Pipeline typically ends the season with a bone-crunching exclamation point. As a wave, Pipeline is raw, beautiful, and often comes across as a touch angry. And that’s precisely what makes her oh so special to the tour. There’s always fireworks. Last year alone, she nearly killed Australian World Tour Stalwart Bede Durbidge during the event. But this year, Pipeline chose to put on a much more serene and seductive dance. As opposed to the freight-trains we’ve become accustomed to, she offered up conditions that looked downright friendly in the form of 4-foot tubes at Backdoor. And after what can only be described as a tumultuous year for the world, it almost felt like welcomed sense of relief to see Pipeline in this subdued-yet-still-perfect state.

Heading into the event, the world title was already locked up as the North Shore’s own John John Florence took the crown before the season was technically even over. But the Triple Crown Title—largely regarded as the second-best achievement in pro surfing—was still up for grabs, as were the requalification hopes of the surfers bringing up the rear on tour. 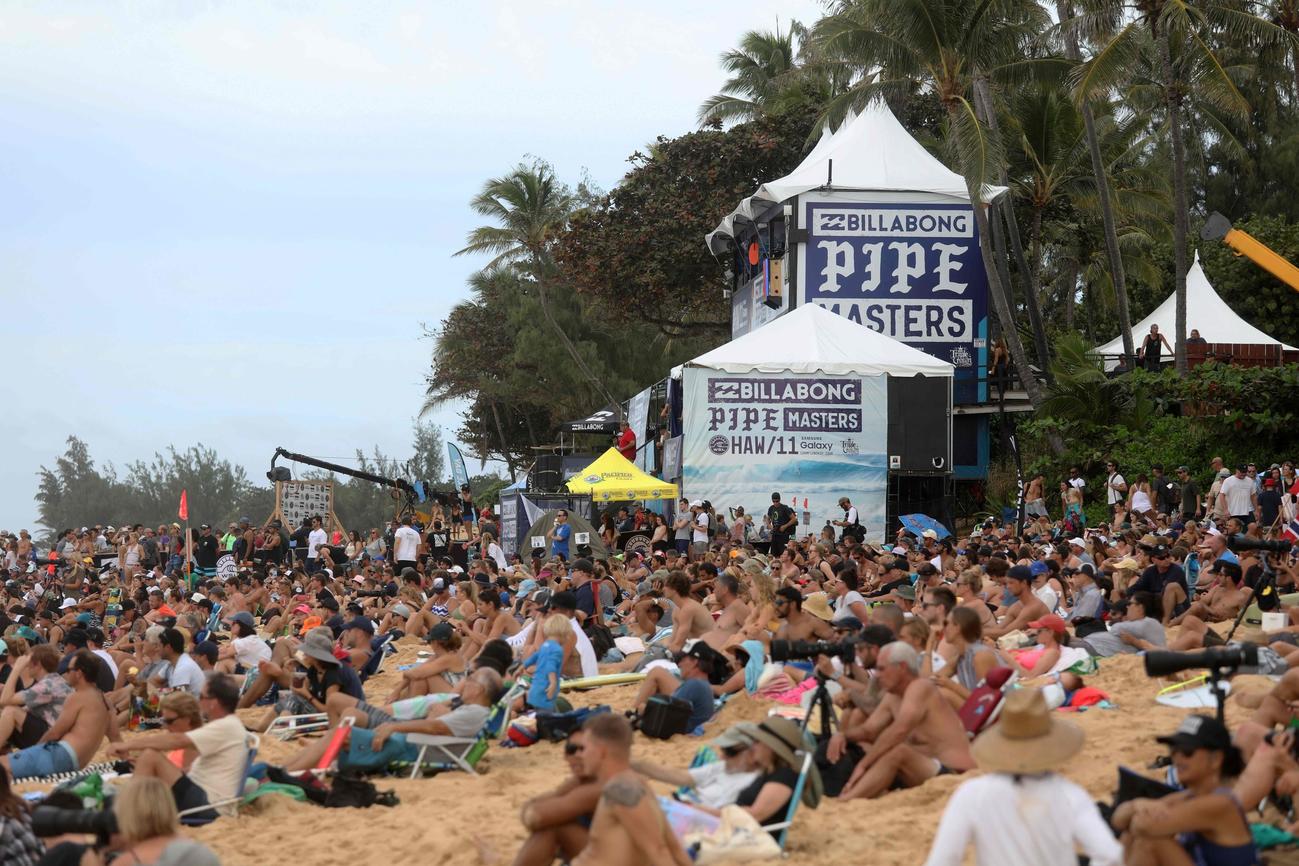 As has been the case for so many of the events this season, John John Florence seemed to be the man to beat. The young, tow-headed phenom is a threat in any condition, but he’s that much more deadly at Pipe, a wave that practically raised him. Throughout the event, he continued his march to the title, keeping his Triple Crown dreams alive as well as his hopes to add yet another the Pipe Masters trophy to his mantle. But despite appearing to be the most in-form surfer of the contest (at least in my eyes) John John suffered a surprising loss to Tahitian Michel Bourez in their quarterfinal heat. Having built a formidable reputation for himself in an array of conditions, Bourez is never considered a push-over, but when he took down John John in their matchup, more than a few jaws hit the sand at Ehukai Beach Park.

“I was just trying to stay calm,” Bourez told the WSL after his heat win. “I knew that with John John, if a wave came, he could get a 10. Even if it the wave looked like an 8, John could turn a good wave into a perfect wave.”

With John John out of the event (his quarterfinal finish secured him enough of a lead in the ratings to seal a Triple Crown win) the collective attention turned to Kelly Slater, perhaps the most seasoned competitor in history. With 11 world titles to his name, Slater has usurped all other comparisons in sport, and you could make a sincere argument that he’s the most dominant ATHLETE in the modern era. To boot, Pipeline is the man’s bread and butter.

However, none of Slater’s laurels seemed to bother a young rookie by the name of Kanoa Igarashi. Hailing from Huntington Beach, Igarashi couldn't have been much of a favorite going into the event. Sure, the kid is uniquely talented and has a long, fruitful career in his future, but this is Kelly Slater he’s competing against. It should be noted that earlier in the day, in their non-elimination heat, Igarashi came face-to-face with Slater and came out a champ. But in their semifinal heat, where the loser goes home, you couldn’t help but think that young man’s luck had run out. 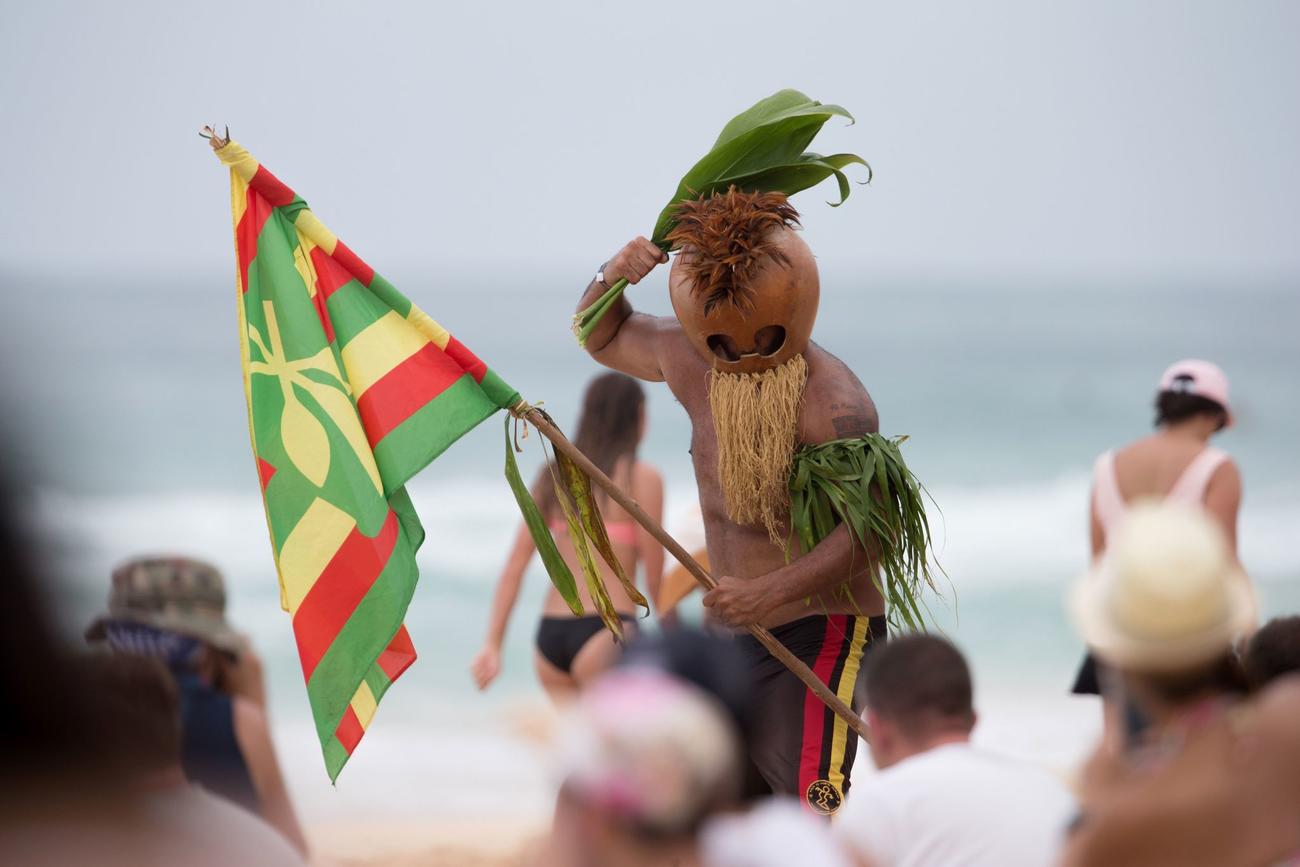 While Slater was surfing up to his standard level of greatness, Igarashi kept him on the ropes through the heat, pushing the champ hard with every set-wave tube he threaded. And in the end of their semi-final heat Igarashi did the unthinkable and took down a king. Again. With only 45 seconds left on the clock, Igarashi hammered the final nail in Slater’s coffin.

For the final, (I’d be remiss if I didn’t say that it was a downright sleepy compared to the other heats of the day) Michel Bourez and Igarashi traded low- to-mid-range scores at Backdoor. By the end of the heat, Bourez had narrowly defeated the rookie and had become a Pipe Master. His win at the event marks a rare feat in surfing as the Tahitian has won all three Triple Crown events throughout the course of his career.

“I feel like this is the second-best victory I’ve ever had. The first was in Haleiwa in 2008 when I won the event and qualified. But holding this trophy in my hand right now, this is just surreal.”